At thursday evening I got totally surprised at grocery store. I did buy a nicotin to my man (who have quit smoking with those). I saw that the seller looked at me and soon she said: ”should I ask your ID card?” ”Well, I’m soon 37” I answered though I had always driving card in my wallet. I could show it if she really wanted. She looked like she been shamed for asking and said: ”ok, ok”. 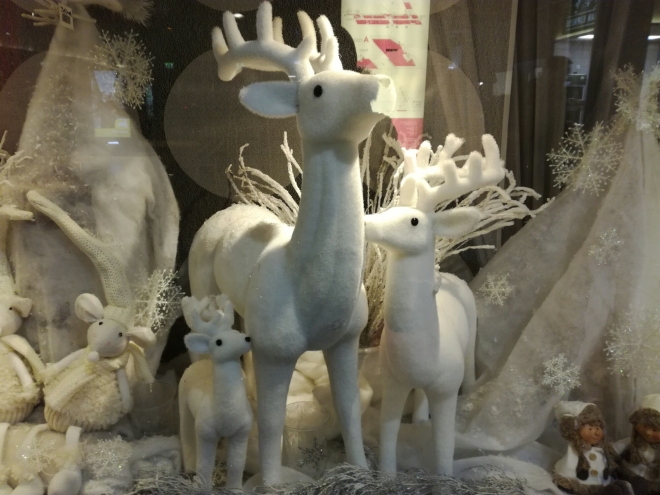 I was wondering didn’t she really saw my grey hair which I have already quite much. Obviously she didn’t which means my situation is not so bad as I thought. It felt great to understand! I was so sure that no one ever asks my age again (atleast before I dye my hair). Last time it happened about a year ago but then I wasn’t so grey haired. That seller made my day! Thank you so much!

The glittering at dance floor have begun…namely the finnish version of dancing with the stars did start last sunday with a new season. I’ve always liked that show and now when I watched this first episode of this season, I just can say: ”WOW”! There is so much quite talented competitior. No one did fail fully. No one did flip steps. Everyone of them could made some kind of perform.

My favorite was Laura Malmivaara with her partner. They also got the best points (36). Their tango was so elegant and Laura moved beautifully and looked stunning! She as an actor could get the feeling in her dance! ((as you can see in that videoclip), though I would like to see little bit more passion and heat in it)).

Anna-Maija and Matti made also great performance. Their jive were really lively and vivid and I loved that green fringe dres which was on Anna-Maija!

Now when I know how potential dancer there is I wait the next episode eagerly!

Have a nice weekend!

That beautiful song ”A”’s godson did perform at ”A”’s funeral with his some guitarist friend. That song name in english is: ”My heart will stay there” and that tells about everything of it’s message. So basicly it says that life is short but the heart stays at your hometown when person leaves this world.

Saturday we walked ”A” to her last journey. The preast spoke so beautifully of her. That reminded me of her kindnes and warmnes. I layed a white lilie to her coffer and left the last farewell, her fasies in my mind (as I remember those when she was still lively and happy.)

Many people of loved ones speaked also beautifully of ”A”. There were things where I recognised her like her beautiful laugh which were mentioned. I would also liked to speak more but I just couldn’t. I was too nervous. I’m better writer than speaker.

”A”’s dotter told us that when she was at hospital before ”A” passed away, she said ”dear” to her. That was so touching to hear and I was surprised that she could still talk. Last time I was there she didn’t say anything to me. Maybe she knew that her time has come.

I also heard that she was remarkable contributor of neuropsychology in Finland. I did heard something earlier but not that much. That was very interesting. She was also setting up neuropsychology association. She achieved big things in her life which is admirable!

In all speeches repeated some almost same things like how hospitable, fair and social she was and how interested she was of all people and their story…since she was a little girl. That’s how I also remember her and will always remember!

By the way that second song is one of my favorites by my favorite singer. It’s in english: ”I feel that sadnes”. As you can guess the singer is missing his loved one. That’s all you need to know this song. It’s lovely! 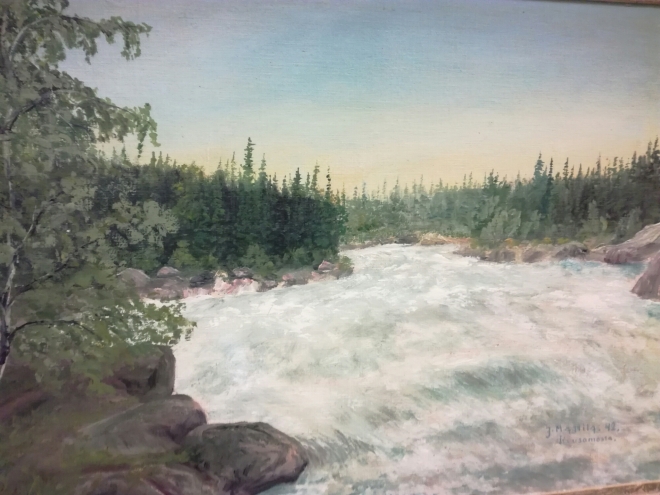 Being alone usually means you do something alone or spending time while alone which is good unles you really are lonely. I’m personally almost never alone so I don’t know anything about that but there are many people who don’t have friends or anyone (relatives or something) spending time with.

There can be also lonelines which comes suddenly with a new life situation like it happened to one man I know. It must be the worst. First years and years there was everyday trafic and then nothing. Totally silence. 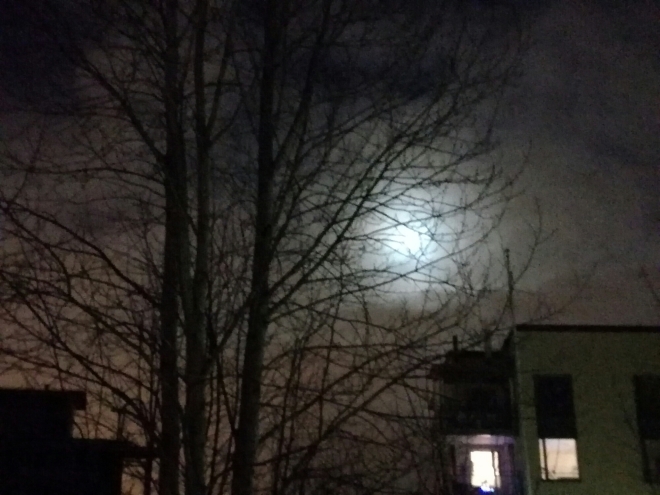 Imagine this: for years the nurses came 2-3 times a day to helping his old paralyzed mom (”A”) and then I was there every weekday (as a care taker (or as a personal assistant)). There was people always. There was ”A’s” son’s lively dog (which lives still there). There was life…and often even chaos. Then ”A” passed away and that life disappeared just like that. There was no one anymore around him. Imagine that. He must really felt lonely!

On the other hand he have now that time he always missed. That time to study…time to do what ever he likes. No one will interrupt that (cause no one will need his help). The good thing is his an introvert who have always enjoyed his own space and I think in time he will adapt better than maybe some others would…but it surely takes some time.

That song reminds me of ”A” and her last months.

Watch this great post. That’s something I’m also scared of now when my moms remembrance have regenerated. Like I told you it was tested and that test went badly. It’s very liable that she have dementia or alzheimer.

Ok, so now I have to turn a new side in my life. I was so used to do what I did for years that it feels strange but on the other hand this could be better for both of us. I’m sure ”A” is now in better place and I don’t need to watch her suffering and how she did decay for day by day more and more in front of me. It was heavy cause I couldn’t help her anymore no matter how hard I tried.

For now I’m makeing task job in the same firm. So I have casual (care takeing) job now and then at customers home. I have been very interesting placies. I like it when my every working day is different and that I meet different people. Although some of them are treating me like second class citizen or like a child (even I’m 36.) They are people who also wait that I take the control of their place right away. That I know what they want just like that, like I should be a mind-reader. Well I’m not. No one is. Majority of customers are still quite nice and personal. The biggest problem is that I don’t have job every day and working days are usually short. So I should find soon a new permanent job.

If someone is thinking I’ve been quite unactive here bloggingworld for a while, it’s mostly because I had some hard virus which took over a week. At first I had (high) feever and that feever did lasts almost a week. It’s untypical long time for me. With that feever I got a terrible cough which continued after the feever low down. I’m a little bit sad that this virus came just when ”A” was very weak at hospital and I couldn’t go watch her but luckily I got to visit at hospital at once.

So now let’s look to the future and move on to new challenges. I hope you’r all well!

This is finnish eurovision song 2017. I think it’s beautifull. The words are great (and those are fitting to this post). Also the voice of the singer is great. This year we really might success. I know I said it many times (too easily) but now I really don’t find anything wrong about this song. It’s rare. If I’m wrong now, (and we are not in the top10) I promise I will never comment finnish esc songs again.

It’s funny that we (the lady I took care and I) lived mostly in different time but we have lived in the same area and walked the same streets. We have watched the same sun and the same moon at the same place. The same placies are familiar and memorable to us. For me it’s the place where I grew up and her it reminds of the days when her children were little and she was younger and healthy.

The yard at ”A”s holiday apartment.

In fall 1998 I had my 18 birthday (so I grew up to a child for a woman). It was a big year to me but I didn’t know that it was a big year for someone else too. For someone who was later part of my life. That someone were at her holiday apartment that year with her family when she did fall in stairways, got a stroke and got paralyzed. So that year did change her life conclusively.

We didn’t know each other before our trail did meet at 2007 when I applyed to work for her as her care taker. At first I didn’t know what to think about her but soon I realised that we had lots of common. We both liked dancing. She took ballet classes at youngster and I’m also training ballet at my gymnastickteam. She did work as a psychologist and I’m very interested of psychology and also considered younger that job myselves. Also we both were interested of dreams. Her husband were a sleep researcher. You see we really had a lots of common.

I will always remember the first time when we went to visit her holiday apartment. I fell in love that place. It was so romantic and beautuful. I was lucky, I got the chance to visit many times at weekends there with ”A” and her boy. I enjoyed my time there. Specially I enjoyed that lovely wooden sauna where you could see straight to the lake. (In steam room I mean).

The view on the window at ”A”s holiday apartment.

There was also the second place which I fell in love with. It was ”A”s friend’s place near of Turku which is also very beautiful area and she had those lovely cats. One of those came sometimes to sleep with me. There was lovely people also. Those I miss, specially one of them.

I got so many special experience which I could never get in any other job. I’m always greatfull of that. Even that part of my life is over, I’ll never forget that!