In my childhood (at 80’s and 90’s) this was usually the time when all the leaves did fall down on trees and often it was also raining sleet (or maybe even snow sometimes). The temperature was close to zero (32F). That was the normal weather in those days on this time of year. Right now there is 12 degrees (53,6F).

Somewhere in Finland it was over 20 (69,62F) degrees at Sunday which is the most highest temperature (ever in Finland in October). 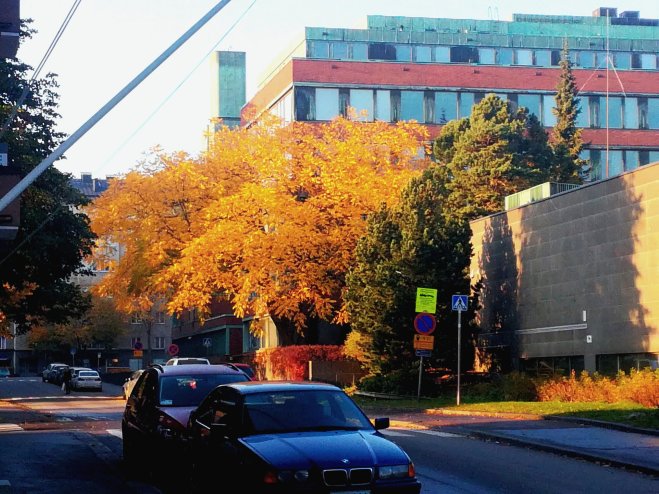 This is the future. This is what we get if we don’t do anything to this global warming (and more).
Maybe in future we don’t even have winter in Helsinki. 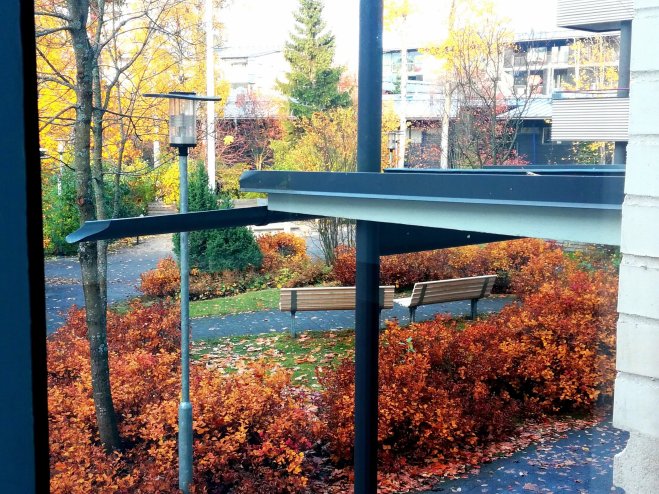 Did you even know that the carbon emissions have been rising lately? Those should be decreasing but those have just raised. It’s scary! 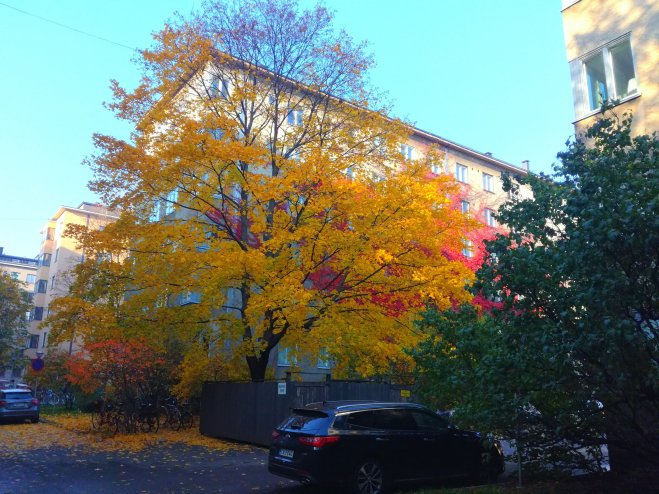 As you can see it have been beautiful in here last days and it could be easy to forget what this means but we shouldn’t forget it. Everyone here is happy because of this warmness but we should remember the reality where will it lead! It’s not good thing (even it feels nice)!

We need to wake up now and do something before it’s too late! 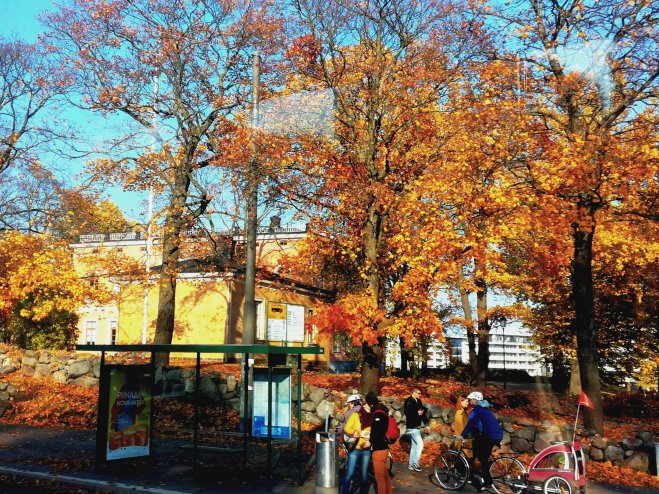 I’m sorry, my promised post have been taking time to publish but here it finally comes…

At Sunday 23.9. I was guest at Dancing with the Stars Live tv-show with my friend. I was invited there because of my poem which were used on their commercial at summer (if someone still didn’t know).

I was so exited to get there. After a long consideration I put my black dress and black smock (where is silver decorations) on and met my friend at city center. She was also very stylish and girly (with her beautiful turquoise skirt) which she usually is not. She’s not using skirts very often but she likes to use those on special occasions…

It was quite long bus trip to the filming place and when we got to the area it was hard to find the entry there. Finally after making a big round over that hall we saw a group of people and navigated our selves there.

We got poor placies cause almost all places were taken already. Also we didn’t realise which placies are the best and took the wrong ones. So we didn’t see (even those speakers: Vappu and Mikko) well.

Before the actual show we also sang to Mikko (one of the hosts) who did celebrate his 40th birthday at the same weekend.

All dancers were great! They all had sence of rhythm and some potential moves. I was very surprised of that! If that was the first show how great they are at the end of this season…They all got good points from the judge.

There is three judges on this season (who were sitting their backs in front of us). They are same ones as before but there is not the forth one (guest judge) anymore. Judges are: Jukka Haapalainen (internationally well known, succeeded dancer), Helena Ahti-Hallberg (dancer) and Jorma Uotinen (well known choreographer and dancer (Wikipedia mentioned he as singer also)).

Over all the whole experiment was fun even there were too much comercial breaks and it was nothing but just wait but yes it was fun…and at the end they also filmed few program commercial where the audience were cheering at background.

Well, that was all about my special evening. Next time I’ll be posting about finnish autumn (and winter) nowadays and in future! It’s quite different already than it was at my childhood 80’s and 90’s because of this global warming…

Anyway in the middle of this scary catastrophe, try to have a good day!